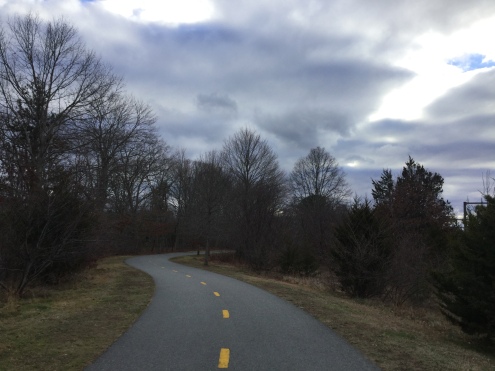 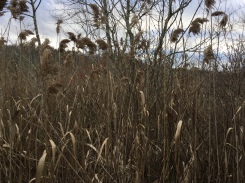 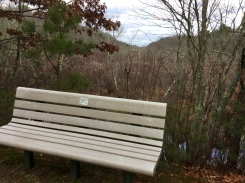 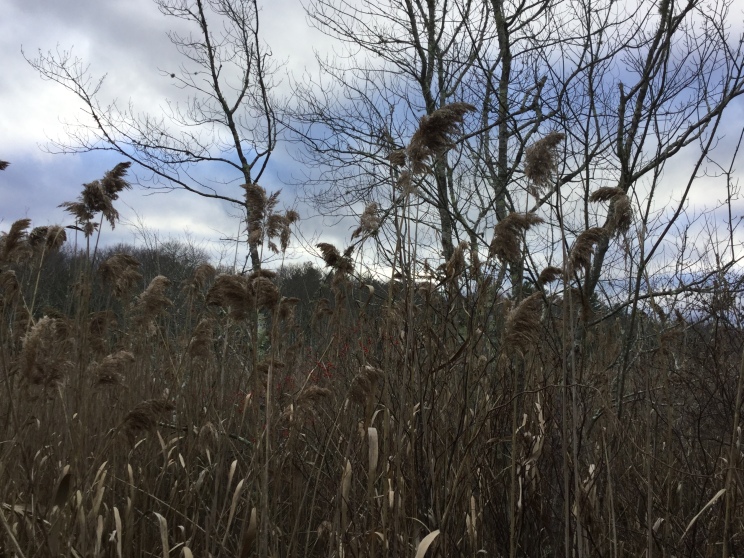 Charley and I went for a walk on the bike path Friday afternoon. I needed to take some photos for illustrations in a book I’m writing and the lighting was perfect. Bruised, dark clouds covered much of the sky. Grays and blacks, blues and purples with a bit of light shining through the cracks at times. I wanted to get some pictures before the first snows arrived and covered the woodlands bordering the path.

No wildlife was to be heard or seen and  very few people were about. Those who happened to be out strolling, bike riding or skate boarding, made eye contact, smiled and wished us a Happy New Year. Strangers passing by,  sincerely  wishing us that elusive thing everyone longs for – a year of happiness.

And for Charley and me, it was a Happy New Year. We were holding hands and enjoying an early winter day together. An incredible gift had been bestowed on us and we couldn’t have been more grateful. We’ve been married fifteen years, but in that short span of time, many of our January firsts together were times we could best forget. 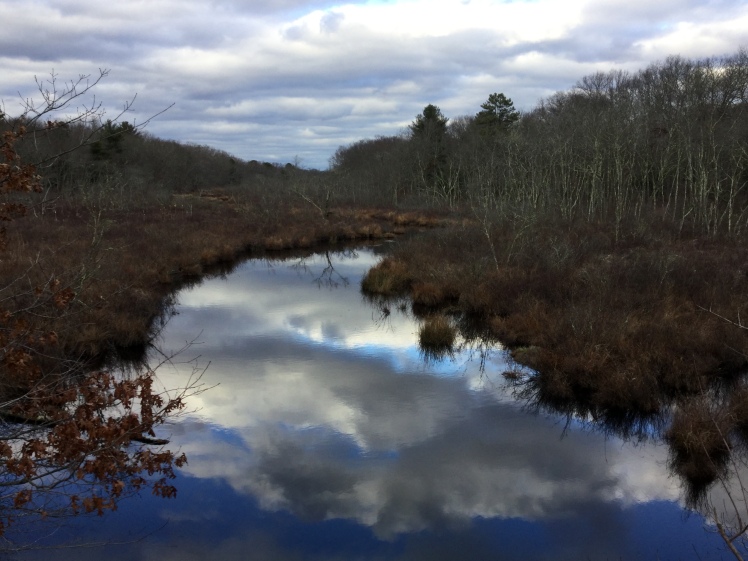 January 1, 2000, sitting in the hospital , holding my mother’s hand as she lay dying. Ensuing January’s with financial and family issues and then those  January’s from 2007  to 20013 after Charley had been diagnosed with cancer.  Interminable years of uncertainty, of operations, radiation and  treatments to stay ahead of the aggressive cells that were intent on separating us forever. And through it all, the loved ones, the entitled ones, the ones who should have been there for us, beside us, selfishly chose instead to make our days all the more difficult with their casual cruelties – just because they could. Our fragile marriage weathered many Unhappy New Years and then a respite – 2014, a year filled with hope, followed by 2015, a year to remember and to savor.

2015!  Advanced clinical trials and drugs finally bringing Charley’s cancer into remission. A Berkshire Tale  written and published! Long-planned trips joyfully  taken. Grandchildren being allowed to share adventures with Grandpa and their Grandpa cherishing every moment, knowing it could selfishly be wrested from him on a whim.  We had no need to exchange presents this Christmas. The year itself had been our present and we rejoiced.

During the past few years, we created a tradition; at first, from necessity, now from choice. Although the season is busy with family, friends and festivities, Christmas Day we share together, just the two of us. We  wake and unwrap our gifts of books we’ve wanted and not bought for ourselves. We place them in a pile, to be read throughout the cold winter months ahead with a cup of tea, nestled on our couch, in our living room, with our two cats. Later in the afternoon, we go out to dinner. This Christmas, we sat in front of a fireplace at an inn by the ocean, and ate and drank and laughed and talked about how kind the year had been to us. We knew this for certain because of all the unkind years in our past. So many yings for a bit of yang. 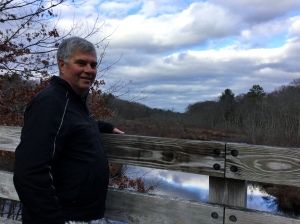 On New Years Eve, we called our family and friends. Later in the evening, we cooked a favorite meal together to enjoy in our home at our table, neither of us wanting to go out into the cold.

But on this New Year’s Day, 2016, we did step outside for a while. We began a new tradition – venturing out for a stroll on the first day of the new year. We made plans for doing projects around the house. We talked of trips we would take, friends we wanted to see. We discussed the characters, local settings and plot of my newest book and the article Charley had written about his journey with cancer. We made plans for our future. As we strolled along, we held hands (we always hold hands),  knowing this time together was the best gift we could ever hope to receive.

And there’s a hand, my trusty friend!

And give me a hand o’ thine! 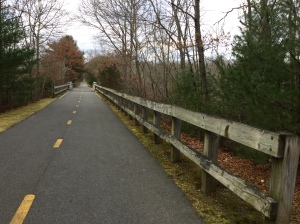