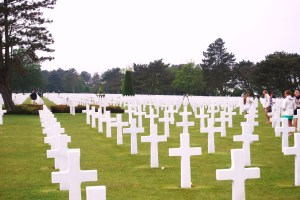 I just read a Washington Post article by a Marine Corps Veteran, Jennie Haskamp. It was about remembering the men and women who gave their lives in service to our country – 1.3 million lives lost since our first war in 1776.

Decoration Day (now known in the US as Memorial Day) was set aside to decorate the graves of men who had recently died in battle. On May 5, 1868, General John Logan issued a proclamation, General Orders No.11: “The 30th of May would be an occasion to honor those who died in combat.”

Jennie Haskamp left active duty 10 years ago, but she continues to work for the Marine Corps because her friends are still being deployed to Iraq and Afghanistan.  She has other friends whose graves she regularly visits in Section 60, the newest plots at Arlington National Cemetery. And she travels to graves in other cities and towns across this country. As a soldier, she escorted the bodies of fallen comrades and stood watch as grieving families were there to welcome their loved ones home for burial. She’s attended 75 services for people she’s known and she reminds us that over 6,861 American soldiers have died after more than a decade of war since September 11th.  She is afraid they will be forgotten. And she is angry.

Jennie Haskamp is frustrated and saddened by what Memorial Day has evolved into in our United States.  She’s not alone. Although

many Americans understand  it’s a special day put aside to pause and remember those who have died in service to our country, Haskamp asserts,  “It’s the one day on the American calendar meant to exemplify what it costs to be American and to be free…and we’ve turned it into a day off work, a tent sale and a keg of beer.”

That we have!  If you doubt it, just look at the Memorial Day Sales fliers inserted in the Sunday newspaper.  Listen to the ads on TV and radio.  Haskamp, however, has chosen to spend it the way it was intended to be spent – remembering. She will be talking with friends and families of the people who have sacrificed and died to insure our freedom.

She’s has a right to be angry and frustrated and sad. I saw the same frustration when I served in the Army Reserves back in the late 70’s. Most of my fellow reservists were Vietnam Vets. There was  anger and resentment among them for the way they’d been treated when they came home. It was a low point in our country and a difficult time to look back on.

And now we are fifteen years, two wars, 6,861 (and growing) casualties, thousands more wounded and scarred from our latest military actions. Not much cause for a picnic. “When will we ever learn? Oh,when will we, ever learn?” 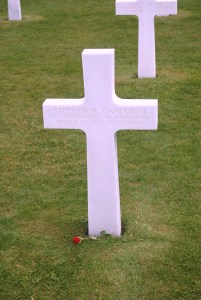