Warning! Books inside made cause you to think! 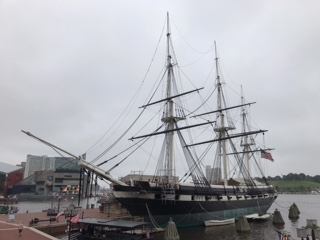 Today is Charley’s Birthday! As many of you know, my husband is a cancer survivor, in remission, but still involved in clinical studies to find the cure. We were in Baltimore at Johns Hopkins this week and after all of the regular hospital stuff, we took time to walk around the Inner Harbor and have lunch on the deck at the Irish Pub. We sat, holding hands, overlooking  all of the sights and goings on below us and kept affirming how lucky we were. At night, we went to Camden Yards to see the Orioles play the Yankees (Charley’s favorite team) and in true Birthday fashion, the Yanks won 8-3.

In one of my previous posts, I told about Charley’s celebration of April as my “Birthday Month”. And so, June has arrived and I feel I must reciprocate.

While we were in Baltimore, we went to Barnes and Noble, so he could make a Birthday Book Wish List. This will help a bit. He also loves those awful NY System Hot Wieners he gets at Snoopy’s Diner. The hot dogs with the  disgusting, smelly sauce that continues, as breath is exhaled,  to permeate and destroy any surroundig oxygen molecules in the near vicinity. He usually gobbles down three in a sitting . The subsequent drive home in a closed-in vehicle is a test of true love. But, it is HIS Birthday Month! 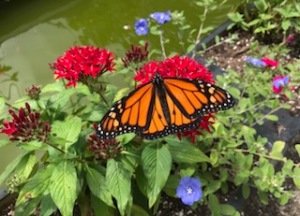 In May, we took a vacation to Savannah, Charleston and Hilton Head where he golfed with friends at some of his favorite courses. I even did 18 holes with him after not having played for 4 years. It appears my muscle memory is still intact and I’ve not lost the ability to hit that stupid, little, dimpled ball. I’d hoped we could take the trip in June and playing golf could take up most of his Birthday Month wishes, but scheduling did not allow for this and a golden opportunity was lost. I may have to play some “Birthday Celebratory” rounds during the next few weeks.

Now, it isn’t the game so much as the interminable amount of time it takes to play 18 holes that wears on me. Mark Twain said it all: “Golf is a good walk spoiled.” Standing at the 2nd tee, all I can think of is how much editing still needs to be done on the proof of Last Train to Kingston before the book launch on July 2nd.

Golf is mostly a head game and my head is never where it should be. I fully realize I am out there for companionship value and as an amusement factor. I accept this as the fate of one who, when being proposed to, said, “I don’t want a diamond. If I’m going to be married to you for the rest of my life, I’ll need graphite golf clubs.”  I’m on my second set after 17 blissful years.

Which reminds me, our anniversary is coming up in August. I’m not sure I can take another month of celebrating. Ah, for the good old days when Hallmark was a mere glint in someone’s eye.

Roxie wants you to know she is not pleased with all of our gallivanting. I admit, it has been busy but, hopefully, I’ll get back to the blogosphere and catch up on what has been happening while I was on the road. Maybe she’ll even get to put her two cents worth in?

Have a peaceful weekend and a very pleasant June!

PS. Happy Birthday, Honey. I’m not buying you a card because you know how I feel about Hallmark! So, these will have to do. Love you more! 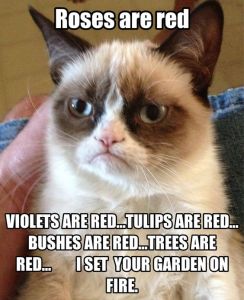 85 thoughts on “On Gallivanting”